When those old Taco Bell commercials used to air on TV, the little Chihuahua mascot captured the heart of viewers across the world. The dog became even more popular when Reese Witherspoon’s character in Legally Blonde dotingly carried her pet Chihuahua around in her purse. They may be popular, but they aren’t always easy to train. Why are Chihuahuas so hard to house train?

The thing about Chihuahuas is that they are really intelligent dogs, so training them isn’t impossible. They do have a persistent streak, so if your weekly schedule doesn’t allow for a consistent training routine, things are likely to get difficult. Chihuahuas love to please their owners and training isn’t always a difficult challenge if proper steps are taken.

Before training a Chihuahua, you should be aware that they don’t respond well to punishment and it could affect their progress. Although you will need to use different vocal tones for different behaviors, try not to yell at them as it could frighten them.

There are many challenges when it comes to house training a Chihuahua. Many dog owners in North America and Europe find difficulties in the fact that these dogs don’t like to go outside when it’s cold. Chihuahuas are native to Mexico and bred to live in a hot climate, so these pampered pups aren’t thrilled about rain and snow. Even a gust of wind is enough to keep them inside.

Depending on where you live, sometimes cold weather is unavoidable. On cool days if you need a jacket, your Chihuahua probably does too. You can help make your Chihuahua more comfortable for outdoor adventures if you bundle them up in a jacket that is both waterproof and windproof for extra warmth. Their paws get cold too so waterproof dog boots will keep them comfortable.

Although you may be able to keep the dog warm, you still may face some difficulties with encouraging them to go outside. These dogs prefer to be inside and are often uncomfortable by the great outdoors. The house is their comfort zone, and it’s a lot quieter for them. The other people and animals they hear outdoors often make them nervous.

Is It Hard To Potty Train A Chihuahua?

Chihuahuas present a bigger challenge when it comes to potty training because their bodies are so small and require bathroom trips more frequently. While some people think Chihuahuas are incredibly difficult to potty train, others have realized it just takes patience. Chihuahuas are smart puppies and can pick up on training very well if it’s persistent.

It’s always going to be easier to potty train a Chihuahua if you start the process when they are a puppy. Since you likely won’t be available to take the puppy outside every time it needs to potty, it’s a good idea to put some puppy pads inside. Make sure these pads are placed in a designated spot so the Chihuahua doesn’t go potty anywhere else in the house.

A good way to prevent your Chihuahua from having an accident in the house is by paying attention to some particular behavior. When they start to sniff or circle a certain area then it’s likely they need to potty. If you notice this happening pick the dog up and place them on the puppy pads. Soon enough they will learn that this is where they are supposed to go.

It’s likely that your Chihuahua will have some accidents along the way while you’re potty training them. Don’t overreact when this happens. One of the worst things you can do is pull the dog over to the accident to scold them. Not only will this set the training back, but they will be less likely to come to you when you call them.

The only time it is acceptable to raise your voice is if you catch the Chihuahua in the act. If you come around the corner and find that puppy pooping on your expensive new rug then raise your voice to let out a stern “Ah-ha” or “Hey”. Leave it short and don’t use a malice tone. You should be stern enough that they know you mean business without frightening them.

To move on from this accident it’s important to thoroughly clean the area so there’s no scent left behind. If there’s any trace of scent they may think it’s appropriate to do their duties there again.

Is It Hard To Socialize Chihuahuas?

Socialization is an important part of training a Chihuahua. It’s best to take this step while they are puppies and still curious about other people and animals. Start by introducing them to neighbors, friends, and other people you trust. Once they become more comfortable around other people, you can begin introducing other animals.

When it’s time to introduce your Chihuahua to other animals it’s best to begin with bigger dogs that have a calm attitude. They will be less likely to frighten the little dog, which will show them that other animals can be their friends. Try to only introduce mild animals to the Chihuahua until they are more comfortable.

Children are a different story than adults too. They’re quicker, louder, and a lot more energetic. All of these qualities can be intimidating to Chihuahuas. When you want to introduce the little dog to a child, start slow. Make sure the child makes slow movements and pets the dog gently. Let them know ahead of time that any sudden movements could frighten the dog.

As long as you are willing to move slowly, at the dog’s pace, then socializing a Chihuahua isn’t difficult. Socialization doesn’t end at introducing them to other people and animals. It’s also important to introduce them to new environments to give them exposure to new scenes.

Are Chihuahuas Okay To Be Left Alone?

Make sure the crate is padded, so it’s a nice spot for them to lay down. This will help to create a relaxing safe spot for them while you are away. Not only does this space help to stop them from barking, but it also decreases their chance of separation anxiety.

If you leave for long periods every day, then your dog may be happier with a buddy. Chihuahuas do very well in pairs and having another Chihuahua around to hang out with is a great way to keep them calm while you’re gone.

How To Housebreak A Stubborn Chihuahua

Just because Chihuahuas are smart doesn’t mean they aren’t stubborn. Their stubbornness is part of what can make house training them so challenging. One of the best things you can do to housebreak a stubborn Chihuahua is to start first thing in the morning. Either take them straight to their puppy pad or go outside.

Always use an encouraging tone with them when you bring them to go potty. Some Chihuahuas may react well to a command, such as saying “go pee”. Once they relieve themselves, give them some verbal praise so they know they did well. You can even follow that praise up with a treat as an extra reward.

Never distract your pup when they are going to the restroom and try to keep things as peaceful as possible. If you find that puppy pads aren’t working for you, some Chihuahua owners have actually had better luck using a litter box. This may seem crazy, but it’s the perfect size since Chihuahuas don’t grow to be bigger than cats.

If you are trying to train them to go potty outdoors, then it’s a good idea to designate a specific area to be the restroom spot. Since their bodies are so small, they need more frequent bathroom trips. Take the Chihuahua outside every 2 hours, even if they aren’t giving signs that they need to go.

Final Thoughts: Why Are Chihuahuas So Hard To House Train?

Chihuahuas aren’t hard to house train if you are patient with them. These little dogs are incredibly intelligent, but they need to stick to a routine in order for the training to be successful. Most of the challenges come from potty training due to their small bodies. If nobody is there to take them out, then it’s likely they will have an accident.

Although these little dogs are very sweet, they do frighten easily. Potty training and socialization are the two most important things to focus on when house training a Chihuahua. If something startles the dog while you are working on training, it could set the process back. Always make sure you have a calm atmosphere for the Chihuahua so they have a better chance of succeeding with training. Using a harness on your dog is ideal for its safety and health. Often, puppies and adult dogs pull extremely hard on a collar and can choke them. Some breeds, such as Yorkies, have a predisposition to a collapsing windpipe, which can be extremely dangerous if you lead your dog with a collar. There are… Are you thinking of getting a new puppy? Do you already have a puppy but things aren’t quite working out between your new puppy and your older dog? Well, this problem is quite common to see amongst two dogs. Many dog owners become so excited and overwhelmed with joy about their new puppies that they… If you’re a dog owner, you likely already know that your dog or puppy has some habits that are a bit curious if not downright odd. One of those habits includes your older dog licking another dog or puppy’s private parts, which can even cause concern in some pet parents. It can even be a… 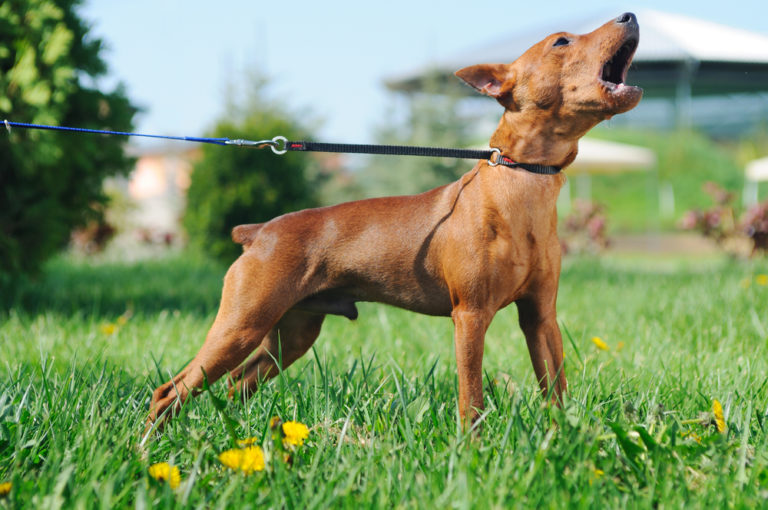 Dogs can be wildly aggressive and overprotective creatures. A dog that loves you will attempt to deter any form of threat to you. Most dogs will lunge or rush at other dogs, bark and growl extremely aggressively, or just freeze and give that other dog “the look”. This is just a dog’s way of saying… Having a new addition to the family, whether it is a pet or a person, is an exciting and often overwhelming experience for everyone in the household. However, people can express their concerns and talk to others about how to handle the situation. Unfortunately, animals cannot vocalize when they are thinking about any new additions…

This is Jazz. My husband and I brought Jazz home from an animal shelter about 2 and a half years ago. Little did we know, Jazz was a party pee-er. Yup, a party pee-er. Whenever she got too excited or overwhelmed, she would pee a little on accident.  Unfortunately for us, our apartment at the…